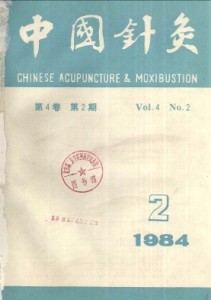 This study by Beijing Hospital of Obstetrics and Gynecology has shown acupuncture to be superior to clomophene on ovulation and pregnancy rates in treatment of polycystic ovary syndrome.

Other studies have shown that unlike Clomophene, acupuncture can have long term effect on PCOS by reducing the sympathetic nervous tonus. Apart from study methodology issues, another limitation of this study is that it only looked into the short term effect, but didn’t evaluate the effectiveness over a longer term. However, this is another study adding to the body of evidence. The study was published in the journal of Zhongguo Zhen jiu (Chinese Journal of Acupuncture & Moxibustion [2013, 33(11):961-964]).

OBJECTIVE: To compare the efficacy differences between acupuncture combined with auricular acupoint therapy and clomiphene oral administration in the treatment of polycystic ovary syndrome (PCOS).

METHODS: One hundred cases of PCOS were randomized into two groups, 50 cases in each one. Acupuncture combined with auricular acupuncture group (group A): acupuncture was applied at Guanyuan (CV 4), Zhongji (CV 3) and Zigong (EX-CA 1), once daily; auricular point sticking was applied at Spleen (pi, CO13), Endocrine (neifenmi, CO18), Uterus and Kidney (shen, CO10), the plaster was changed once a week. Clomiphene group (group B): oral clomiphene was prescribed at the 5th day of the menstrual, for 5 consecutive days, totally 3 menstrual cycles was needed. The ovulation induction, pregnancy and menstruation resuming of patients in the two ‘ , The totally effective rate was 90.00% (45/50) in group A, which was group were observed and compared.