Use of acupuncture in female infertility and a summary of recent acupuncture studies related to embryo transfer.

During the last five years the use of acupuncture in female infertility as an adjuvant to conventional treatment in assisted reproductive technology (ART) has increased in popularity. The present paper briefly discusses clinical and experimental data on the effect of acupuncture on uterine and ovarian blood flow, as an analgesic method during ART, and on endocrine and metabolic disturbances such as polycystic ovary syndrome (PCOS). Further it gives a summary of recent studies evaluating the effect of acupuncture before and after embryo transfer on pregnancy outcome. Of the four published RCTs, three reveal significantly higher pregnancy rates in the acupuncture groups compared with the control groups. But the use of different study protocols makes it difficult to draw definitive conclusions. It seems, however, that acupuncture has a positive effect and no adverse effects on pregnancy outcome.

The capacity of human sperm fertilization principally depends on sperm motility and membrane integrity. Reactive oxygen species, such as superoxide anion and hydrogen peroxide, are known to impair sperm motility and membrane integrity by inducing membrane lipid peroxidation (LPO). Ferulic acid (FA), an effective constituent in various medicinal herbs, has recently been shown to scavenge oxygen free radicals and increase the intracellular cAMP and cGMP. The aim of this study is to investigate the effects of FA on human sperm motility, viability, lipid peroxidation, and cyclic nucleotides in fertile and asthenozoospermic infertile individuals in vitro. The sperm samples were obtained from 10 fertile volunteers and 10 asthenozoospermic infertile patients. Washed spermatozoa were incubated at 37 degrees C in Ham’s F-10 medium with 0, 0.1, 0.2, 0.4, 0.8, or 1.6 mM of FA. Samples were analyzed for viability, determined by eosin-Y dye exclusion method at 0, 1, 2, 3, 5, and 6 h of incubation; motility, determined by the trans-membrane migration method within 2 h of incubation; LPO, determined by thiobarbituric acid (TBA) method at 3 h of incubation and the intracellular cAMP and cGMP, determined, respectively, by 3H-cAMP and 125I-cGMP radioimmunoassay at 3 h of incubation. The results showed: in both fertile and infertile spermatozoa, the viability, trans-membrane migration ratio (TMMR) and the levels of intracellular cAMP and cGMP in FA-treated spermatozoa were significantly higher than those of spermatozoa in control groups, while TBA-reactive substances contents in treated spermatozoa were significantly lower than those in control spermatozoa. The effects of FA on these processes were concentration dependent. These data suggested that FA is beneficial to sperm viability and motility in both fertile and infertile individuals, and that reduction of lipid peroxidative damage to sperm membranes and increase of intracellular cAMP and cGMP may be involved in these benefits. It is possible that FA may be used for cure of asthenozoospermic infertility.

OBJECTIVE: To explore the therapeutic effect of combination of Zhuanyindan (ZYD, a Chinese herbal preparation) and hormone in treating male infertility with positive antisperm antibody and its influence on nitric oxide (NO) level. METHODS: Eighty-two patients were randomly divided (according to the digital list) into the WM group (n = 20, treated with prednisone), the TCM group (n = 28, treated with ZYD) and the ICWM group (n = 34, treated with prednisone plus ZYD). The clinical effect, negative converting rate of antisperm antibody, changes of NO level in semen and various parameters of sperm motion before and after treatment were observed. RESULTS: The total effective rate in the ICWM group was 88.2%, that in the TCM group 75.0% and in the WM group 65.0%. Significant difference was seen in the ICWM and TCM group before and after treatment in NO level, sperm motion parameters, including linear motion speed, linearity, propulsion, whip frequency, sperm vitality and mean moving angle, and quality of semen (P < 0.05 or P < 0.01). In the WM group, significant difference in comparison before and after treatment was seen in NO level, propulsion, whip frequency, mean moving angle and quality of semen, including vitality and survival rate (P < 0.01).CONCLUSION: Combination of Chinese herbs and hormone could lower the NO (nitric oxide) level in semen and improve the quality of sperm.Zhongguo Zhong Xi Yi Jie He Za Zhi. 2004 Mar;24(3):223-6.

Despite extensive research on the pathogenesis of polycystic ovary syndrome (PCOS), there is still disagreement on the underlying mechanisms. The rat model for experimentally induced polycystic ovaries (PCO)—produced by a single injection of estradiol valerate—has similarities with human PCOS, and both are associated with hyperactivity in the sympathetic nervous system. Nerve growth factor (NGF) is known to serve as a neurotrophin for both the sympathetic and the sensory nervous systems and to enhance the activity of catecholaminergic and possibly other neuron types. Electro-acupuncture (EA) is known to reduce hyperactivity in the sympathetic nervous system. For these reasons, the model was used in the present study to investigate the effects of EA (12 treatments, approximately 25 min each, over 30 days) by analyzing NGF in the central nervous system and the endocrine organs, including the ovaries. The main findings in the present study were first, that significantly higher concentrations of NGF were found in the ovaries and the adrenal glands in the rats in the PCO model than in the control rats that were only injected with the vehicle (oil or NaCl). Second, that repeated EA treatments in PCO rats resulted in concentrations of NGF in the ovaries that were significantly lower than those in non-EA-treated PCO rats but were within a normal range that did not differ from those in the untreated oil and NaCl control groups. The results in the present study provide support for the theory that EA inhibits hyperactivity in the sympathetic nervous system.

END_OF_DOCUMENT_TOKEN_TO_BE_REPLACED

Researchers found, that there was a significant reduction of miscarriages in the group taking Chinese herbal medicine. 23% of women in the progesterone only group miscarried, while in the Chinese herbs group this number was significantly lower – 13%.

The study was published in the Chinese Journal of Integrative Medicine.

METHODS:
Observed were two hundred and forty-seven women having received IVF-ET and with beta-human chorionic gonadotropin (beta-HCG) > 25 IU/L on the 14th day after transferring. All were treated conventionally with progesterone 20 – 80 mg per day after transferring and if necessary the treatment was supplemented with Progynova 2 – 4 mg per day, with the medication withdrawn gradually from the 9th week of pregnancy till stopped completely. Among them 131 cases received GTD medication additionally, for 109 cases of whom the medication started from the 2nd day of transferring (taken as Group A) and for the other 22 cases from the 14th day after transferring (taken as Group B), the other 116 cases with no additional GTD treatment given were taken as the control group, with the medication lasting to the 12th week. The abortion rate in them was observed.

It all started in 1996. Dr. Elizabeth Stener published the first study on how this time-tested natural therapy improves blood flow to the uterus and therefore your fertility.

For fertility acupuncturists, this was groundbreaking! Acupuncturists knew for millennia they could help you to get pregnant faster.  But after this study you don’t have to take our word for it, just rely on scientific data.

END_OF_DOCUMENT_TOKEN_TO_BE_REPLACED

Maternal stress is commonly cited as an important risk factor for spontaneous abortion. For humans, however, there is little physiological evidence linking miscarriage to stress. This lack of evidence may be attributable to a paucity of research on maternal stress during the earliest gestational stages. Most human studies have focused on “clinical” pregnancy (>6 weeks after the last menstrual period). The majority of miscarriages, however, occur earlier, within the first 3 weeks after conception (?5 weeks after the last menstrual period). Studies focused on clinical pregnancy thus miss the most critical period for pregnancy continuance. We examined the association between miscarriage and levels of maternal urinary cortisol during the first 3 weeks after conception. Pregnancies characterized by increased maternal cortisol during this period (within participant analyses) were more likely to result in spontaneous abortion or miscarriage (P < 0.05). This evidence links increased levels in this stress marker with a higher risk of early pregnancy loss in humans.

END_OF_DOCUMENT_TOKEN_TO_BE_REPLACED

This study showed that acupuncture significantly improves sperm morphology (increases percentage of normal form sperm). This was a randomised controlled blinded trial and was published in a peer-reviewed Asian Journal of Andrology. 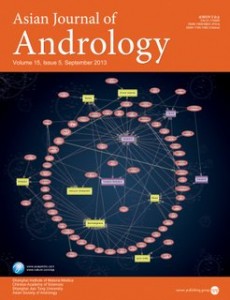 Asian J Androl. 2003 Dec;5(4):345-8.
Effects of acupuncture and moxa treatment in patients with semen abnormalities.
Gurfinkel E, Cedenho AP, Yamamura Y, Srougi M.
Source
Human Reproduction Division, Discipline of Urology, São Paulo Federal University, Paulista School of Medicine, São Paulo, Brazil. egurfa@uol.com.br
Abstract
AIM:
To evaluate the effect of Chinese Traditional Medicine, acupuncture and moxa treatment, on the semen quality in patients with semen abnormalities.
METHODS:
In a prospective, controlled and blind study, nineteen patients, aged 24 years approximately 42 years and married for 3 years approximately 11 years without children with semen abnormalities in concentration, morphology and/or progressive motility without apparent cause, were randomized into two groups and submitted to acupuncture and moxa treatment at the therapeutic (Study Group) and the indifferent points (Control Group), respectively, for 10 weeks. Semen analyses were performed before and after the treatment course.
RESULTS:
The patients of the Study Group presented a significant increase in the percentage of normal-form sperm compared to the Control Group (calculated U=16.0, critical U=17.0).
CONCLUSION:
The Chinese Traditional Medicine acupuncture and moxa techniques significantly increase the percentage of normal-form sperm in infertile patients with oligoastenoteratozoospermia without apparent cause.

Acupuncture is effective for men with very poor sperm density. With these men acupuncture can improve sperm quality to the extent that they don’t have to undergo testicular biopsy. The abstract of the study:

Does acupuncture treatment affect sperm density in males with very low sperm count? A pilot study.
Siterman S, Eltes F, Wolfson V, Lederman H, Bartoov B.
Source
Institute of Chinese Medicine, Tel Aviv, Israel.
Abstract
Classic therapies are usually ineffective in the treatment of patients with very poor sperm density. The aim of this study was to determine the effect of acupuncture on these males. Semen samples of 20 patients with a history of azoospermia were examined by light microscope (LM) and scanning electron microscope (SEM), with which a microsearch for spermatozoa was carried out. These examinations were performed before and 1 month after acupuncture treatment and revealed that the study group originally contained three severely oligoteratoasthenozoospermic (OTA), two pseudoazoospermic and 15 azoospermic patients. The control group was comprised of 20 untreated males who underwent two semen examinations within a period of 2-4 months and had initial andrological profiles similar to those of the experimental group. No changes in any of the parameters examined were observed in the control group. There was a marked but not significant improvement in the sperm counts of severely OTA males following acupuncture treatment (average = 0.7 +/- 1.1 x 10(6) spermatozoa per ejaculate before treatment vs. 4.3 +/- 3.2 x 10(6) spermatozoa per ejaculate after treatment). A definite increase in sperm count was detected in the ejaculates of 10 (67%) of the 15 azoospermic patients. Seven of these males exhibited post-treatment spermatozoa that were detected even by LM. The sperm production of these seven males increased significantly, from 0 to an average of 1.5 +/- 2.4 x 10(6) spermatozoa per ejaculate (Z = -2.8, P < or = 0.01). Males with genital tract inflammation exhibited the most remarkable improvement in sperm density (on average from 0.3 +/- 0.6 x 10(6) spermatozoa per ejaculate to 3.3 +/- 3.2 x 10(6) spermatozoa per ejaculate; Z = -2.4, P < or = 0.02). Two pregnancies were achieved by the IVF-ICSI procedure. It is concluded that acupuncture may be a useful, nontraumatic treatment for males with very poor sperm density, especially those with a history of genital tract inflammation.