Received: 24 January 2008 Accepted: 25 January 2008 Published online: 15 February 2008
Abstract
Problem Maternal stress perception is frequently alleged as a cause of infertility, miscarriages, late pregnancy complications or impaired fetal development. The purpose of the present review is to critically assess the biological and epidemiological evidence that considers the plausibility of a stress link to human reproductive failure.
Methods All epidemiological studies published between 1980 and 2007 that tested the link between stress exposure and impaired reproductive success in humans were identified. Study outcomes were evaluated on the basis of how associations were predicted, tested and integrated with theories of etiology arising from recent scientific developments in the basic sciences. Further, published evidence arising from basic science research has been assessed in order to provide a mechanistic concept and biological evidence for the link between stress perception and reproductive success.
Results Biological evidence points to an immune–endocrine disequilibrium in response to stress and describes a hierarchy of biological mediators involved in a stress trigger to reproductive failure. Epidemiological evidence presents positive correlations between various pregnancy failure outcomes with pre-conception negative life events and elevated daily urinary cortisol. Strikingly, a relatively new conceptual approach integrating the two strands of evidence suggests the programming of stress susceptibility in mother and fetus via a so-called pregnancy stress syndrome.

Conclusions: An increasing specificity of knowledge is available about the types and impact of biological and social pathways involved in maternal stress responses. The present evidence is sufficient to warrant a reconsideration of conventional views on the etiology of reproductive failure. Physicians and patients will benefit from the adaptation of this integrated evidence to daily clinical practice. 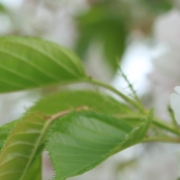